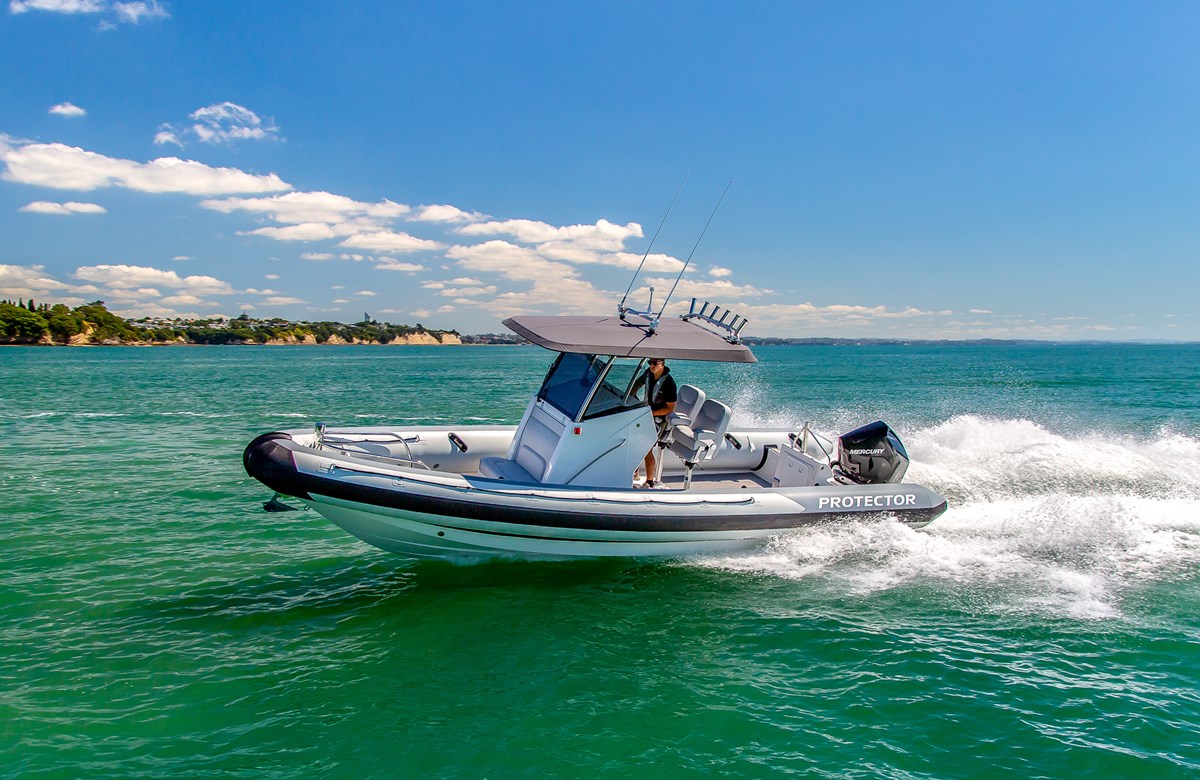 In the Spring of 2020, the Protector boat range appeared on the world stage in front of over half a billion international viewers who tuned in to watch the 36th America’s Cup in Auckland, New Zealand. A fleet of Protector chase boats supported the racing teams and event organisers, which created further interest in the brand. Protector Boats have continued to grow in popularity and are fast becoming one of the world’s most popular high-performance RIBs.

Here Lyndsay Turner from Protector Boats, tells us more about the growing global and domestic demand.

Since early 2020, the trend for high-end, custom vessels like the Protector has been soaring, and the high-profile exposure of chase boats at the America’s Cup further added to the demand.

“There’s been lots of enquiry, including superyacht customers and others who have holiday homes around Europe and want a high-performing vessel. I think the America’s Cup really highlighted the class leading performance of the Protector.”

The Protector Targa model which was used to support the America’s Cup, as well as several other sailing competitions, Customs NZ and Coastguard NZ, has been especially popular.

“People care more and more about the safety, comfort and capability of their vessels these days, and that’s part of the reason why the Targa has been so popular.”

A long time before the America’s Cup, the COVID pandemic also aided an increase in domestic demand for Protector RIBs. Unable to travel, people started spending more money on high-end vessels so they could explore their local area.

“People are boating and adventuring more and they’re spending on boats and high-end toys. The Protector ticks all the boxes, which has made it very popular over 2020/21,” says Lyndsay.

The Protector range offers tough luxury, versatility, and reliability, and will perform in all conditions for the most demanding users. Whether you’re fishing, diving, chasing superyachts, or travelling – these boats can handle anything you throw at them.

Protector boats are amongst some of the world’s best-performing RIBs. And, according to Lyndsay, a change in the boating community’s demands are part of the reason they’re becoming more popular:

“RIBs are becoming more accepted as a style of vessel and the preferences of boaters are changing. They want to be more adventurous, they want to go out deeper, farther and faster while keeping safe. As this trend continues and boaties demand more of their vessels, the Protector will only become more popular.”